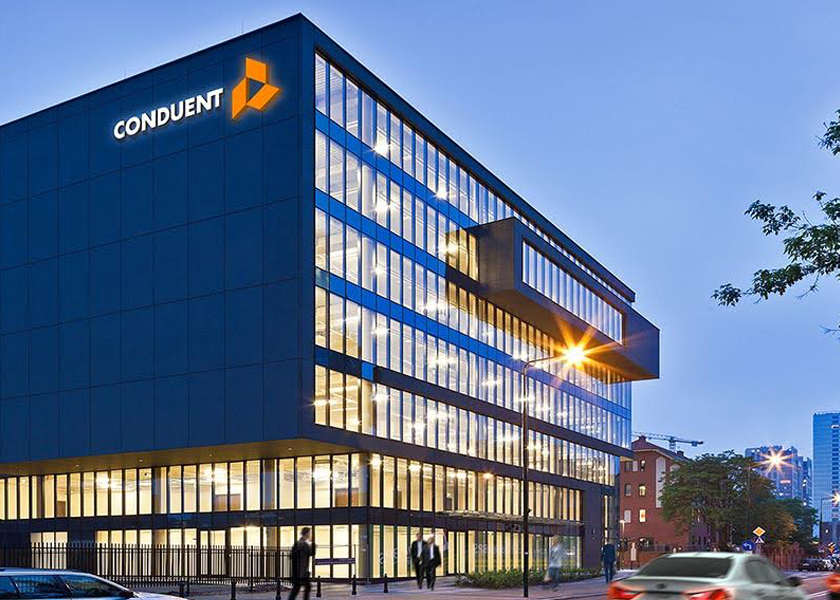 With Xerox’s sales have been decreasing along with the demand for printing and copying, the company purchased in 2010 a  business-process outsourcing company called ACS. Thinking that two smaller, more nimble businesses will be able to better adapt to a rapidly changing economy, Xerox’s business outsourcing arm has now split off to become Conduent.

Chermayeff & Geismar & Haviv created the visual identity for the Fortune 500 spinoff with the goal of establishing the brand quickly for its various audiences and making it distinct from the rest of the sector. The Conduent symbol is composed of three parallelograms coming together, representing the relationship between Conduent, its clients, and their customers. 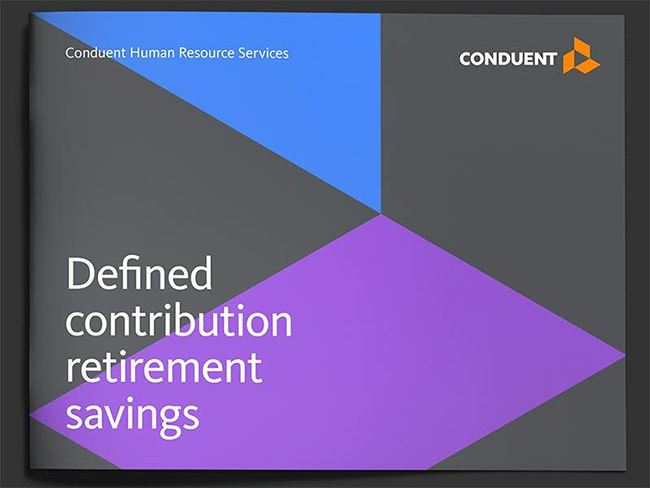 The configuration creates a forward-pointing arrow at the core of the design. The spinoff has a significant share of the business-process outsourcing market: for example, with 93,000 employees they handle medical benefits for 15 states, 40 percent of worker’s compensation payments, and nearly half of the nation’s highway toll systems. 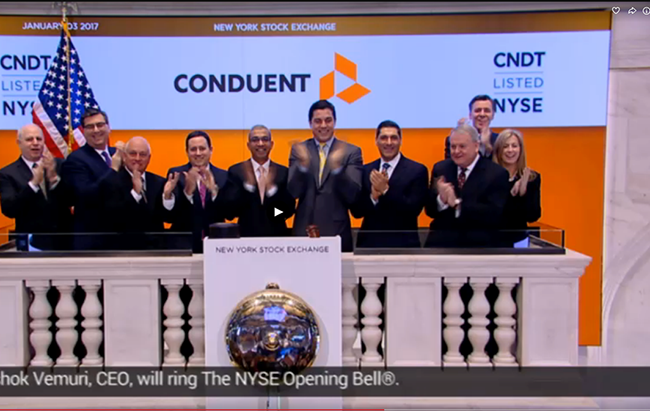