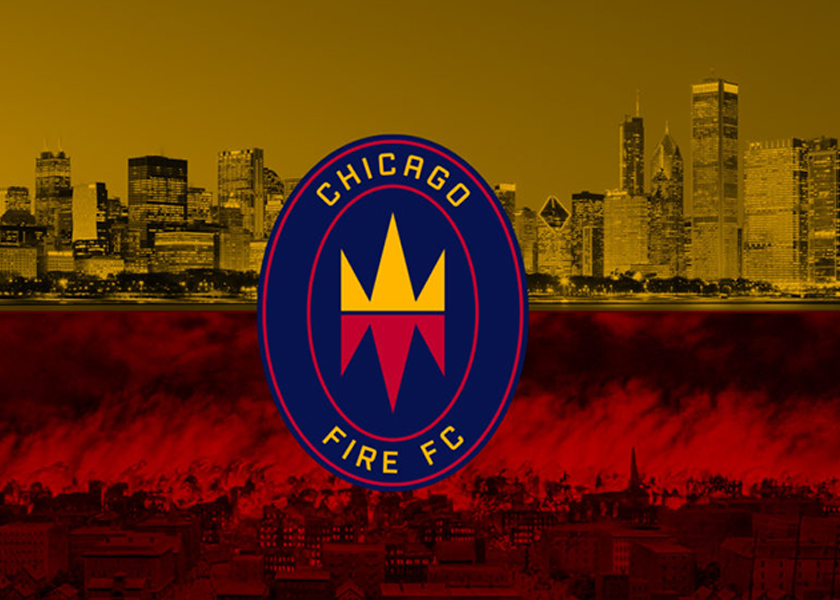 After the Great Fire of 1871 razed the city to ashes, the people of Chicago stood on still-scorched earth and resolved to rise again. The new logo for the Chicago Fire Football Club features an icon — “flames inverted to become a crown” — which, asserts Fire President and general manager Nelson Rodriguez, tells the story of the dramatic rebirth. He notes that “the club’s pillars — Be Chicago. Be Football. Be a Club. — are fused into the new badge as well.” The old crest was a fire department-like blue, red and gray Florian cross with a stylized “C” in the middle. The new logo is a dark blue oval with two sets of triangles — one gold, one red — divided by a line. Creative credits go to Doubleday & Cartwright, which has extensive experience with major league sports clients; the firm is based in Venice CA and Brooklyn NY. 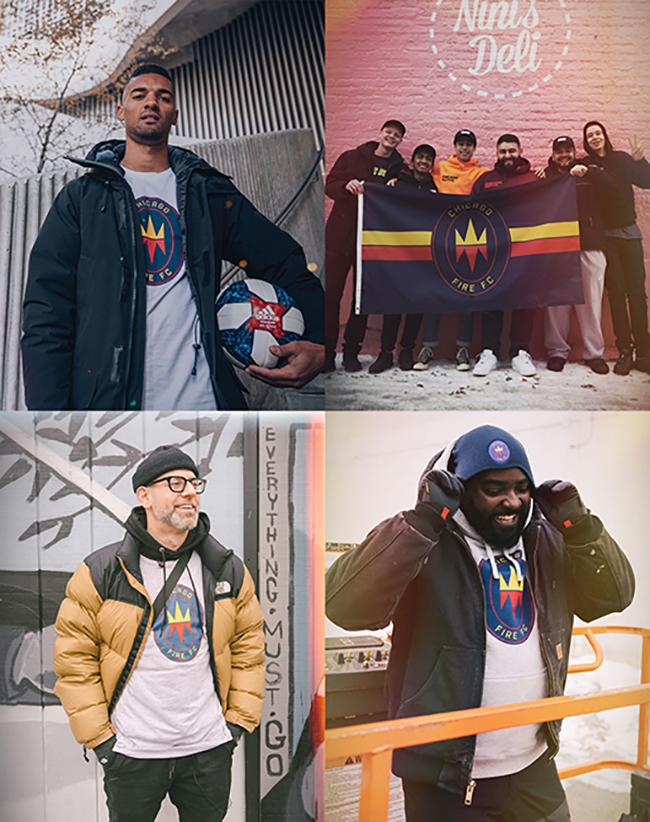