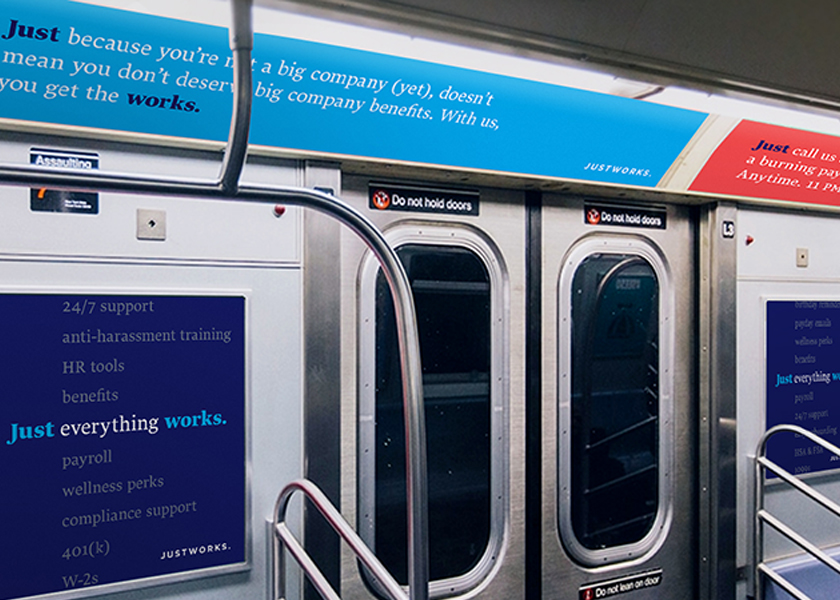 Justworks, a growing HR technology company based in New York, has launched a campaign in major U.S. cities this Fall. Designed in conjunction with branding and content agency Frank Collective, the campaign, the campaign is titled “Just Everything Works,” and will be seen in New York City subways, along with other out-of-home ads in cities including Chicago and San Francisco. 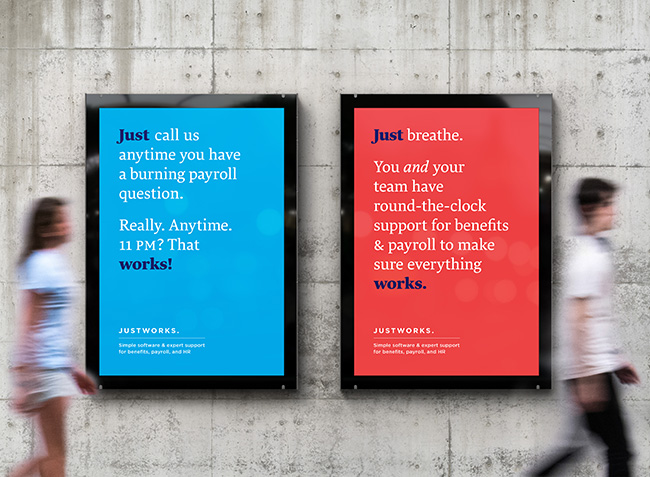 The campaign concept centers around couching everything that Justworks can do, solve and improve, within the words ‘Just’ and ‘Works’. The agency created a tight visual system that dials up the brand colors, evolves the brand visually overall, and allows for more cohesion as the brand and its communications expand. 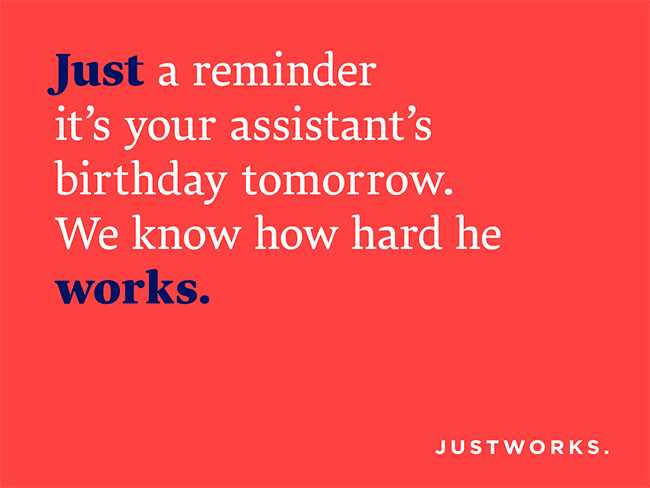