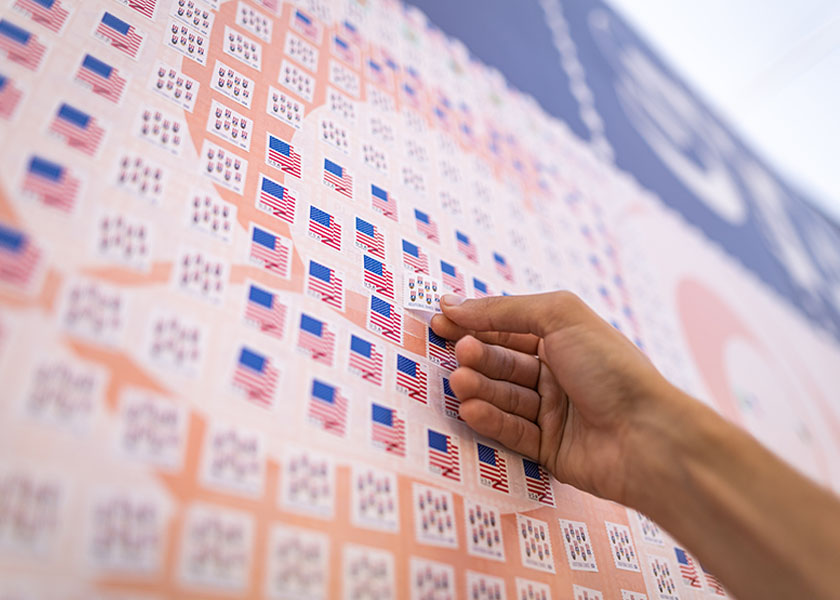 The upcoming U.S. election is widely regarded as one of the most important in a generation. At the center stands the United States Postal Service (USPS), a longtime resource under political siege that has been tasked with securely collecting and delivering mail-in ballots at a time when many are locked down or quarantined. That’s why creative agency John McNeil Studio (JMS) has launched Stamp Out, partnering with San Francisco arts and culture space Proxy SF, to erect a mural on its enormous street-facing wall – in the name of supporting the USPS and “stamping out” corruption in this year’s election. 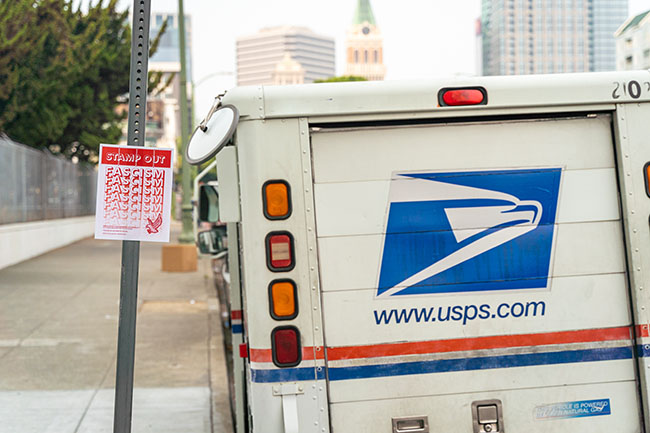 Explains agency Founder/CEO, John McNeil: “‘Stamp Out’ is a means of both protest and proactive support. By purchasing stamps, we help ensure the viability of the USPS and by putting those stamps on the wall, we send a collective message; rejecting the rampant corruption that exists within our political system, today.” Visitors are invited to purchase and stick their official USPS stamps to the mural, covering up the message and literally “stamping out” corruption over the next month, raising money for the USPS while sending a  message ahead of the election. A collaboration between the JMS creative team – led by ECD Gerald Lewis, working with ACDs Drake Paul and Jeff Roy, and Senior Designer Mark Wynn – its design borrows from historical and current graphical elements of the USPS identity. It will remain up and accessible through Election Day, November 3. 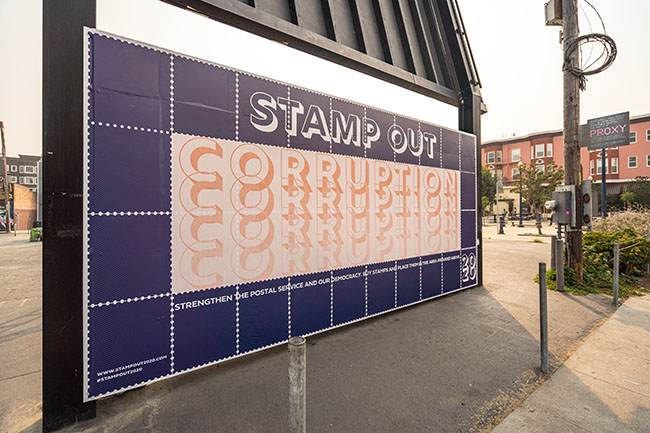 For JMS, Proxy SF proved to be the ideal place for a community initiative of this type. “For nearly 10 years, Proxy SF has created a central point for San Francisco to come together as a community and, frankly, represents some pretty revolutionary thinking about how to rapidly stand up a retail and community space affordably and effectively,” continues McNeil. “The idea of installing a large scale mural, one that the public could interact with to participate in making their voices heard, made immediate sense against both the mission of Proxy and what the community has come to expect from the experiences and events they put out.” Proxy SF will also host more, smaller posters on the opposite side of the mural to stamp out other social ills: racism, greed, fascism, and nepotism. These posters will also be available for download at stampout2020.com so that others can encourage people to buy stamps and “stamp out” corruption in their own neighborhoods.