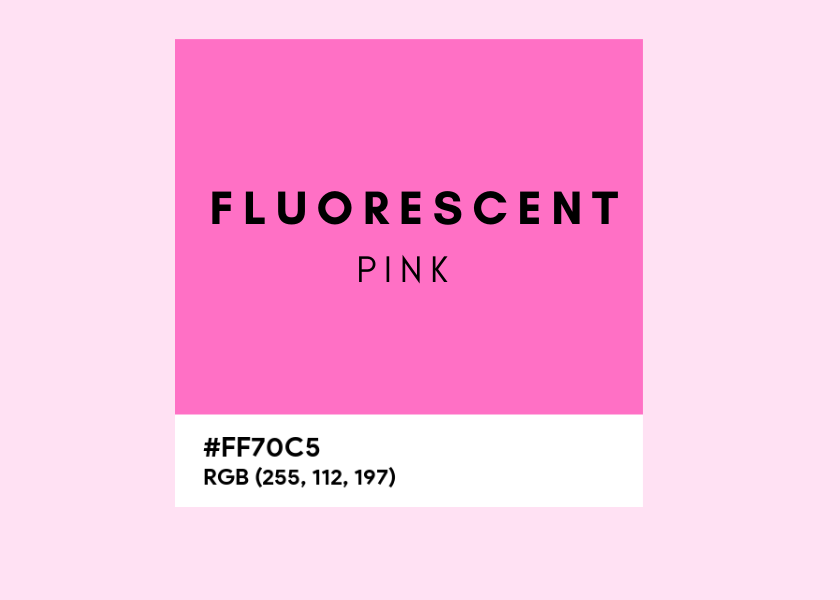 The 80s Called: They Want Groovy Colors Back! 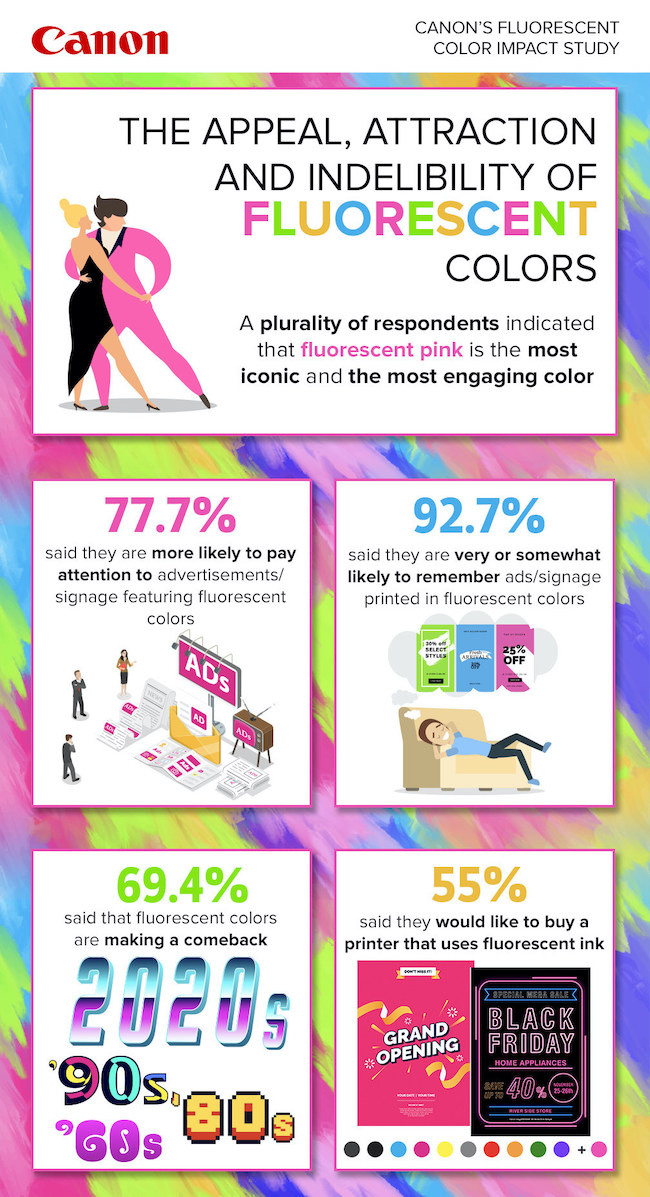 “There’s no denying those fluorescent colors that dominated in the 1980s and 1990s are resurging,” said Sam Yoshida, executive vice president and general manager of Canon U.S.A., Inc. “Fluorescent seems to be everywhere now, and it’s compelling businesses, designers and artists to reimagine their color palette and consider all the imaginative possibilities that come along with it. With our new line of imagePROGRAF GP Series printers, Canon can help turn these dreams into reality by expanding the world of color.”

Overall, the new survey reveals that fluorescent colors will likely have staying power this time around. Survey findings include:

A Study in Pink: A plurality of consumers (31%) believe fluorescent pink is the most iconic color in art and culture, and the most personally engaging of the fluorescent colors.

Fluorescent Ink: Fluorescent colors pop in digital and print, which explains why (55%) of consumers said they would like to buy a printer that uses fluorescent ink.

Colorful Industries: Out of all the private sectors, including technology, retail, media, sports and travel/hospitality, the fashion domain was surprisingly usurped by the world of entertainment as the industry consumers most associate with fluorescent colors.

“Fluorescent colors transcend industry and form,” said Tim Greene, research director of International Data Corporation (IDC). “More often than not, they capture the audience’s attention and engage consumers in new and compelling ways. Instead of overlooking this massive trend, Canon is embracing it by designing and introducing high-performance printers that deliver bright color printing capabilities for a diverse spectrum of assets, from photographs and Pop Art, to posters and signage.”

The imagePROGRAF GP Series helps transform the way consumers design and print posters, banners, and signage. The 24-inch GP-2000 and 44-inch GP-4000, which include 10 colors plus fluorescent pink ink produce vibrant, bold colors to achieve high value-added output and graphics, and the 24-inch GP-200 and 36-inch GP-300, which incorporate 5 colors plus fluorescent pink ink. As an added benefit, Canon U.S.A. recently announced a new online version of PosterArtist, the company’s free design online application, available for both Windows and Mac platforms, and supports compatible models of Canon printers. The web-based version can be used with all imagePROGRAF GP printers, which utilize fluorescent pink ink.

The study’s findings are based on a national survey of 1,000 U.S. citizens conducted in March 2022.