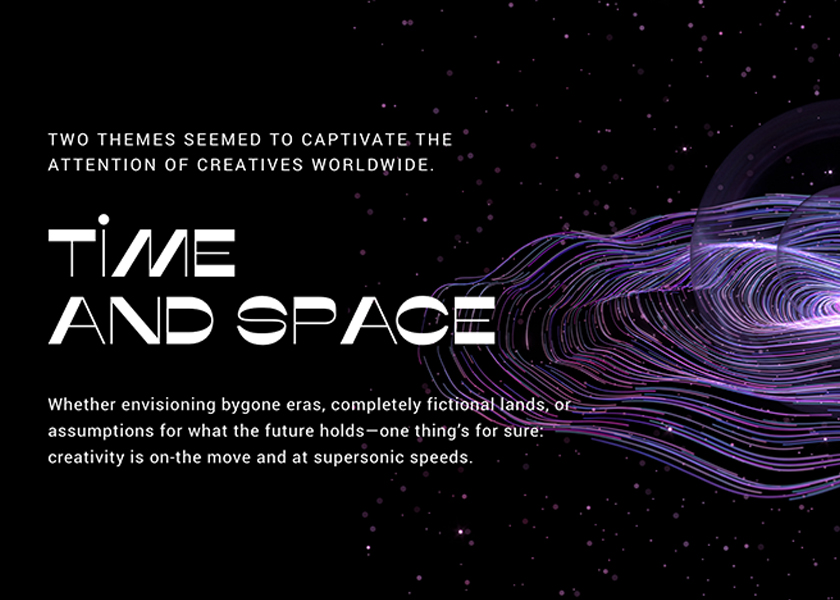 Themes of Time and Space Dominate

Shutterstock’s annual Creative Trends Report for 2022 foresees the themes of time and space dominating creative projects and marketing campaigns in 2022. The data predicts that, in the coming year, creatives are expected to visualize an overarching sensation of losing track of time and space through entering new realms, eras, and possibilities in their marketing materials.

And as virtual spaces increase in popularity, the Shutterstock report places users directly into the metaverse through a heightened interactive experience, allowing users to to explore the trends via a personalized avatar.

“When we took a closer look at what the global Shutterstock community is searching for, it is clear that 2022 is set to be a year defined by pushing traditional boundaries and exploring the unknown,” says Creative Director Flo Lau. “There is a sense of wanderlust and a desire to explore the fantastical and the uncanny, and this year’s trends captured just that. From the barren desert landscapes of the West to the neon reflections of a futuristic skyline, this year is ready to test the boundaries of our imagination.”

Fantastic (14th Century): Reflecting the global obsession with medieval sagas such as Game of Thrones and The Witcher, the popularity of the Middle Ages continues to rise. Keywords such as medieval building, vintage shield, and templar have seen a drastic uptick, as creatives and marketers revisit a realm of drama and adventure. According to Shutterstock.ai data, which pinpoints the content that will drive the highest click-through rates, the content receiving the most clicks include towers, goblets, and axes, with castles being the most popular.

The Macabre (Modern Era): Search patterns show that the genres of horror and thriller are making a comeback, with a particular focus on dystopian and post apocalyptic futures. 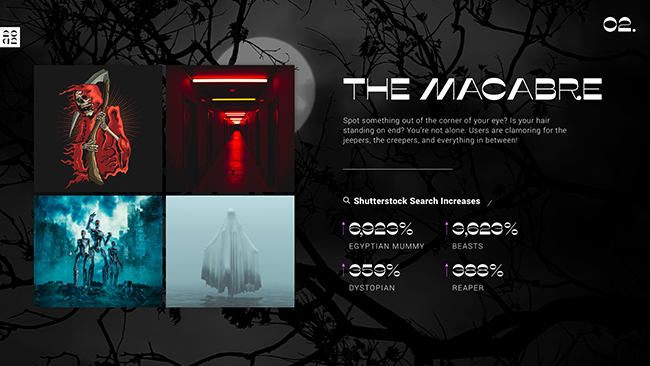 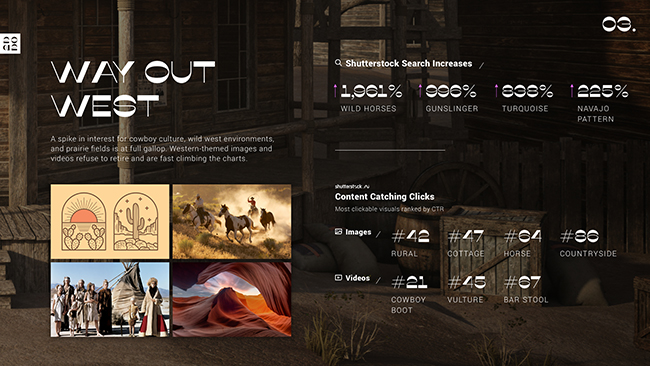 On The Road Again (Modern Era): Users are searching for bikes on the road, roads to mountains, and the badlands in an effort to explore unknown territories and paths less frequented from the comforts of their own homes. Content receiving the most clicks include luggage and mountain ranges. 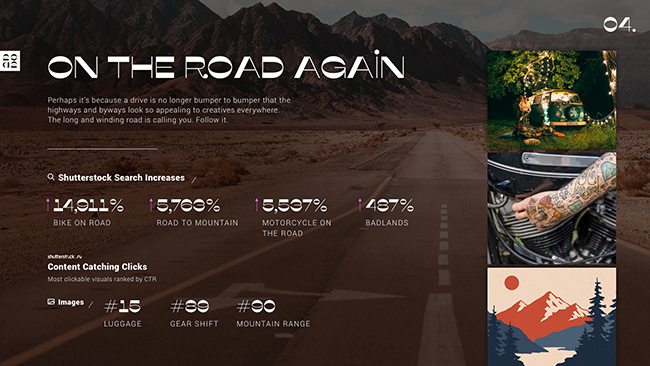 Cyberpunk is Not Dead (2100s): In a world that is constantly innovating and breaking technological barriers, creatives are turning towards high-tech aesthetics such as nocturnal cityscapes, fractal backgrounds, and woman avatars to keep up with the changes. Content receiving the most clicks include electrical outlets, webcams and LED.

What’s Cookin’ (Modern Era): Searches for regional specialties and ingredients such as Porcini, Takoyaki, and Panna Cotta are on the rise, as creatives and marketers look for gastronomical inspiration near and far. Content receiving the most clicks include pretzels and cupcakes. 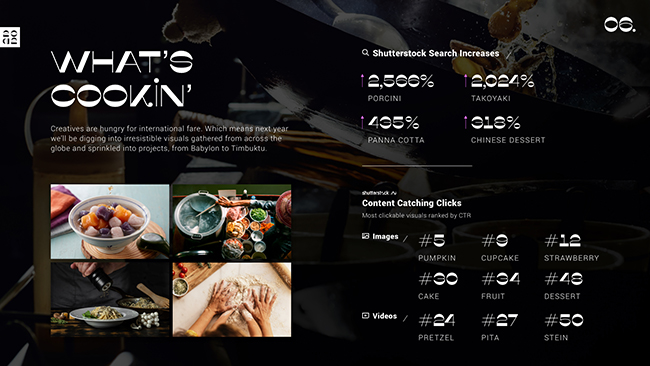 In addition to reporting these six global trends, Shutterstock has localized the trends report for the first time for some of their top markets: Brazil, France, Japan, US, and the UK. The national reports highlight each of country’s top three upcoming trends, such as ‘The Art of Living’ in Japan, and ‘Dragon (On and On)’ in the US, by utilizing local search and click data. The 2022 report also informs Shutterstock’s global audience of the top local search terms of 26 different countries, from Chile to Norway. 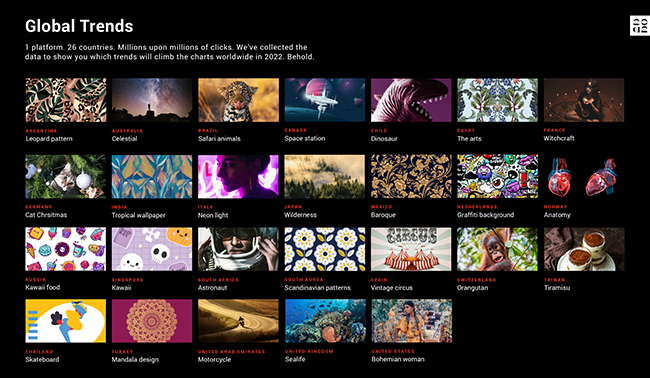