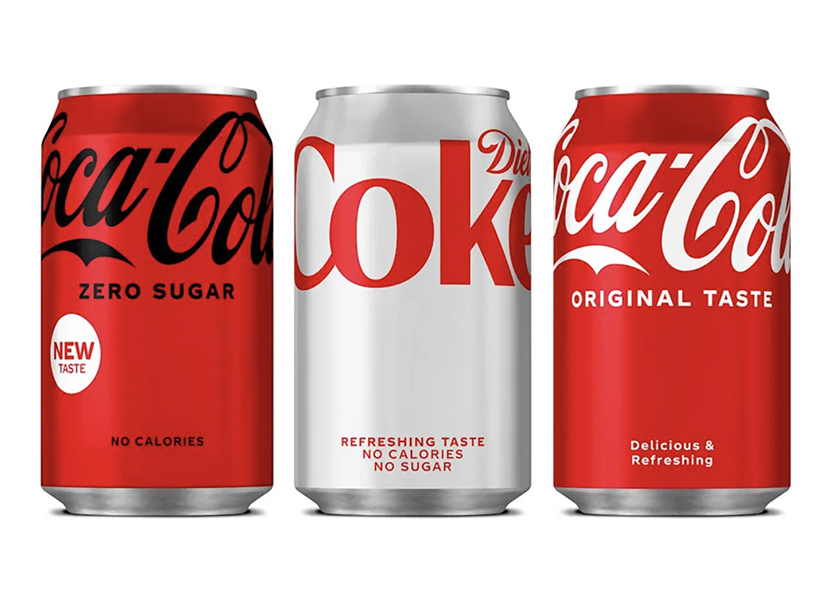 Coca-Cola has revealed new can designs for three of its most popular beverages. The minimalistic look is the first visual update to those products since 2016. Coca-Cola, Diet Coke, and Coca-Cola Zero Sugar will now feature a pared-back look that focuses on the brand’s most recognizable features – the classic logo and the signature red color. A major change: the logo has moved from the center of the cans to the top, symbolizing, we are told, how “uplifting” the beverages can be.  Coca-Cola’s. Atlanta GA-based in-house global design team collaborated with Kenyon Weston, an independent design studio in England, on the new look, which remains part of the company’s “One Brand” strategy which carries across all Coca-Cola variants. Roll out of the new cans will be complete by 2022.