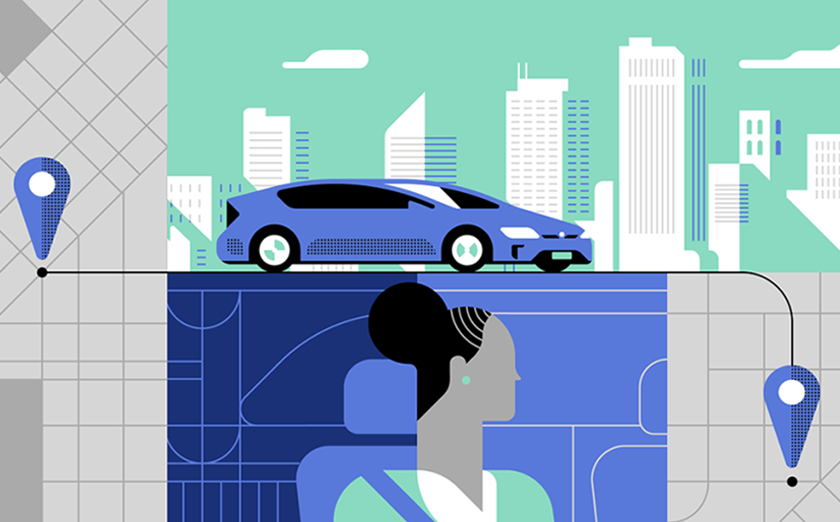 Ubiquitous ride-hailing company Uber has relaunched its brand. The project was developed inhouse by Global Director of Design, Brand & Product Experience Shalin Amin in collaboration with CEO Travis Kalanick. The rebrand includes a new logo, identity, app icons, and site designs; it is based on the theme of bits and atoms intended, explains Amin, to represent Uber’s technology and human focus. Like many tech companies, Uber has dropped the curved serif of the logotype in favor of simplicity and the letters have a heavier weight.

As part of its redesign, Uber also has two new app icons; one for riders, and one for partners. The company drops the well-known U app symbol, replacing it with a white circle and a partly enclosed square which are more visible at further distances.

CEO Kalanick says the app design has a philosophy behind it: “We exist in the place where bits and atoms come together. That is Uber. We are not just technology but technology that moves cities and their citizens.” The identity also adds colors, as opposed to its current black-and-white theme, that will reflect various localities and countries in which the service operates. 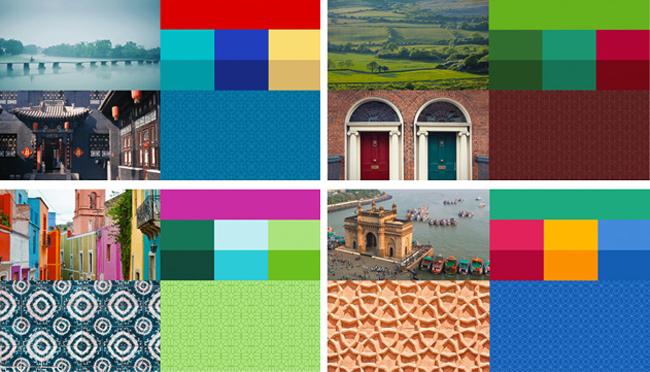 The website has also been redesigned, with new imagery and brand assets. It is said to be heavily influence by Google’s Material Design and depends heavily on parallax scrolling. 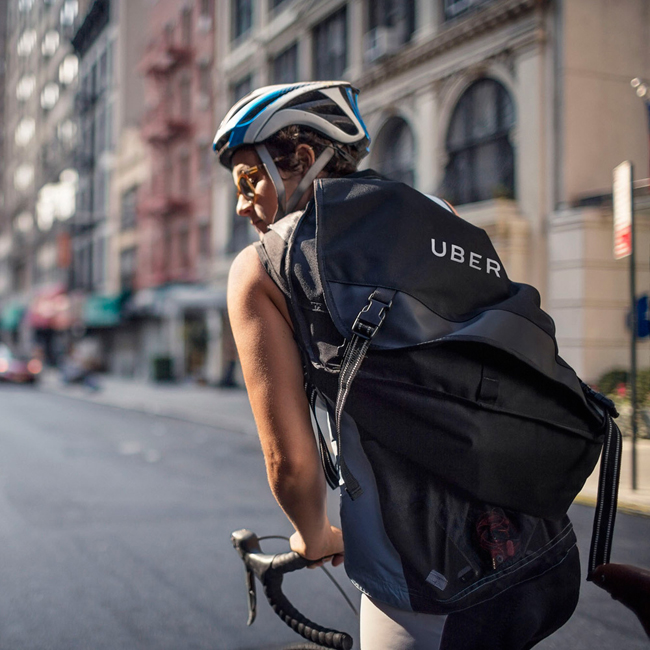 The response to the change has been mixed at best, with many designers and marketers arguing that the “atoms and bits” theory is too abstract and that the symbols themselves are less powerful than the simple elegant “U” shape. For example, Forbes recently wrote: “But the most glaring absence in this rebranding process has been the lack of story behind the change.  Design elements are a vital component to any rebrand, but they are only a Band-Aid if the story is missing… The absence of such a narrative in Uber’s redesign has been jarring.”